The digital yuan has gained significant traction over the last two years. Also known as DC/EP, Digital Currency Electronic Payment, and e-CNY, it is a digital fiat currency issued and supervised by the People’s Bank of China, as a supplementary or alternative currency to the conventional cash-based CNY.

What is digital currency?

Digital currencies are characterized by the following features:

2) Liquidity. The e-CNY is part of M0, the monetary base that also includes cash-based payment vouchers and cash in circulation. Banks do not calculate and pay interest, nor do they charge service fees for conversion and recovery.

3) A dual-tier operation system. The e-CNY operates on a two-tier system in which the central bank comprises one tier, and commercial institutions represent the second tier.

The e-CNY will allow banks to reduce their dependence on the SWIFT system during international settlements. It will also improve the convenience of capital flow, make China’s financial industry more accessible to the rest of the world, and enhance the global competitiveness of the RMB.

Policy support for the development of e-CNY in China

Over the last few years, digital currencies have attracted a great deal of attention in China. To create a favorable policy environment for the rapid development of e-CNY, China has issued multiple policy documents and measures, even incorporating e-CNY into its 14th Five-Year Plan. It is also making improvements to its relevant systems, and supporting further research and evaluation of the impact of the e-CNY on monetary policy, the financial system, and financial stability.

At the same time, the government is also supporting and promoting e-CNY R&D and pilot applications and encouraging the development of blockchain, cloud computing, and other digital currency-related technology industries.

The underlying technical environment for the development of e-CNY

One of the key underlying technologies of e-CNY is the alliance chain. Alliance chains are one of the three types of blockchain:

The use of blockchain, a chain-shaped data structure that connects and combines data blocks in chronological order, can improve the security of digital currencies and transactions since this mode is decentralized, tamperproof, and traceable.

Using the technical characteristics of blockchain, e-CNY adopts a centralized architecture based on alliance chains and designs an e-CNY expression based on encrypted strings, making it secure. It also eliminates opportunities for counterfeiting and double-spending.

Smart contracts, the core technology of blockchain, are also used to realize the programmability of e-CNY. Smart contracts are traceable, irreversible self-performing contracts that can ensure that e-CNY carries out automatic payment transactions in accordance with safety and compliance measures, according to established conditions and rules. Specific application examples include e-CNY monetary gifting, targeted poverty alleviation, commercial factoring (the sale of invoices to a third party to fund cash flow), and third-party secure transactions.

China has adopted a dual or two-tier operational system for e-CNY, with the central bank on one tier and commercial institutions on the other.

The People’s Bank of China is responsible for the issuing, canceling, institutional interconnection, and wallet management of e-CNY. Commercial banks act as designated operating institutions and lead the way in providing e-CNY exchange services.

Under quotas managed by the People’s Bank of China, the designated operating institutions open different types of e-CNY wallets for customers according to their identities, offer e-CNY withdrawal and redemption services, and work with third-party commercial institutions to manage the circulation and retail segments of e-CNY in order to ensure the safe and efficient operation of the e-CNY.

According to data from the State Council Information Office, as of December 31, 2021, there were more than 8,085,100 e-CNY pilot scenarios, a total of 261 million personal wallets were opened, and the total amount of transactions reached a value of RMB 87.6 billion (USD 13 billion).

This follows pilot schemes that have been carried out over the last two years. In April 2020, the e-CNY was piloted in Shenzhen, Suzhou, Chengdu, Xiong’an New Area, and future Winter Olympics sites. In October of the same year, six new pilot sites were added: Shanghai, Hainan, Changsha, Xi’an, Qingdao, and Dalian.

The e-CNY is also being applied in more scenarios and sectors, such as catering, transportation, shopping, tourism, medical treatment, communications, and government services. In stores and restaurants, for example, consumers can complete payments using the e-CNY app or a mobile banking app, either by scanning a QR code or showing a payment code. Consumers can also make payments using an e-CNY wallet when shopping online.

An increasing number of third-party participants

Consumers can currently open e-CNY wallets at commercial banks such as the Bank of China, the Bank of Communications, and the Industrial and Commercial Bank of China and can make payments through “sub-wallets” on e-commerce websites such as JD.com and Meituan. According to data service platform Aurora Data, by the end of 2021, more than 50 third-party platforms supported the use of e-CNY in consumer transactions.

The e-CNY is still in the early stages of development and is mainly used in small-scale retail scenarios in pilot cities. In the future, e-CNY will be applied in more cities, from B2C retail to B2B and B2G scenarios, and spending limits will be expanded to accommodate larger amounts.

e-CNY is also gradually being applied in more scenarios at the B2B level, such as bill discounting and supply chain management. For example, in May 2022, Qingdao Juliang Financial Leasing Co., Ltd. became the first company in China to use e-CNY for financial leasing.

To support the promotion and applications of e-CNY, ATMs, core banking systems, and hard wallets (physical storage devices used to store cryptocurrencies and digital assets) must be upgraded, which will increase market demand for hardware and software manufacturers.

ATMs and Virtual Teller Machines will be upgraded to connect them to the e-CNY system and support QR codes and NFC payment functions. Online banking systems will also need to be upgraded, especially for aspects such as encrypted verification, application systems, and mobile clients.

More smart payment hardware, such as wearable devices, will be developed to provide consumers with easy, safe payment options.

A Chinese language version of this report is available at 36Kr.com. To inquire about research conducted by 36Kr Global, please contact 36Kr Global research lead Alex Zhao at [email protected] 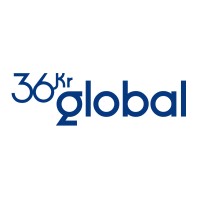 Thinking different: How ByteDance shifted course to launch TikTok as a global hit