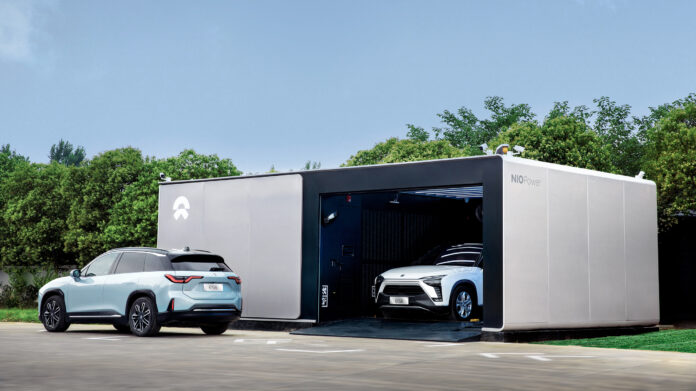 NIO founder Li Bin has decided to enter the lithium industry, a move that comes after his denouncement of the rise in lithium prices. The company plans to invest about RMB 600 million (USD 82 million) in Greenwing Resources Ltd, an ore mining company headquartered in Australia. This funding will help to accelerate the development of its San Jorge lithium project in Argentina.

NIO, which has always focused on the improvement of its supply chain, is no exception. In the first half of this year, industry insiders told 36Kr that NIO was intensively researching lithium mines—news that indicated the company has decided to look into developing its own batteries.

“We will evaluate and lay out the parts of the upstream supply chain that affect the core components of smart electric vehicles to ensure a long-term competitive advantage,” a NIO representative told 36Kr. The 7-year-old premium electric vehicle maker from China has been growing steadily and has officially entered European market last month.

NIO’s investment in Greenwing is divided into two parts. First, NIO will pay AUD 12 million (USD 7.5 million) to subscribe to 21.818 million shares allotted by Greenwing at AUD 0.55/share. With the subscription, NIO will hold approximately 12.16% equity in Greenwing and occupy a position on the company’s board of directors.

Second, NIO has obtained a call option. The option’s exercise price is expected to be between USD 40–80 million. According to the agreement, Greenwing will issue a detailed description of the San Jorge lithium project to NIO, and NIO can exercise the option within one year. Based on the highest option exercise price, NIO’s investment in Greenwing will exceed RMB 600 million (USD 82 million).

The purpose of NIO’s investment in Greenwing is to accelerate the development of the San Jorge lithium project and become a priority-level customer of the project.

The prices of lithium salts are still high, and battery prices are also rising. It comes as no surprise, then, that more vehicle manufacturers are beginning to develop their own batteries and extend their reach upstream of the supply chain into areas such as lithium mining and refining. Tesla, for instance, plans to go beyond battery suppliers by directly signing agreements with lithium manufacturers. It has also hired Zach Zens, a geological expert from Rio Tinto, one of the world’s largest metals and mining corporations.

Others, like NIO, are securing resources by investing in shares. One of these is GAC Capital, a subsidiary of automotive manufacturer GAC Group, which partnered with VC firm Shangqi Capital to invest RMB 300 million (USD 41 million) in Jiuling Lithium. Another is Great Wall Motor, which obtained exclusive sales rights to some lithium products by investing in Pilbara Minerals, an Australian lithium mining company.

The influx of vehicle manufacturers rushing into lithium mining reflects the tensions between capacity expansion and supply shortages. Restricted by the characteristics of the lithium industry, increasing capital alone will not be enough to alleviate the shortage of resources in the short term. Establishing deeper ties with the upstream supply chain will ensure a constant future supply and control of costs—a method that may become common among vehicle manufacturers to reduce costs and increase efficiency during the electric vehicle era.

This article was adapted based on a feature originally written by Peng Suping in 36Kr. KrEurope is authorized to translate, adapt, and publish its contents.

Tech turns to the automotive industry: DJI vs. Huawei